iOS is a mobile operating system developed and distributed by Apple Inc. It was originally released in 2007 for the iPhone, iPod Touch, and Apple TV. iOS is derived from OS X, with which it shares the Darwin foundation. iOS is Apple's mobile version of the OS X operating system used in Apple computers.

Xcode can be installed free of cost from app store. It is the tool/IDE which we use to develop iOS applications. Xcode provides an interface for UI and code. By using Swift programming language, we can code into Xcode to build iOS applications.
These apps can then be uploaded to app store and millions of users can install your app from there.

In the above image the highlighted box shows the project navigator. It contains the files through which we can navigate between the different project files. From here we can select the swift files, storyboard, image assets and info.plist files. The Project navigator enables you to do things like add, delete, group, and otherwise manage files in your project or choose a file to view or edit in the Editor area. (Depending on the file you choose, you’ll see the appropriate editor).
It is the most important component which will be used more frequently while developing the app.

Editor is one of the most important component which Xcode provides. This area is where you can edit the file that you select from the file navigator.

If we click on the swift file from the navigator, it will present the above code editor where we can write our swift code.

If we click on the storyboard file from the navigator, the editor will change into an interface builder. This is where we can design our screens for our iOS application.

This pane contains details about the user interface element or block of code that you select from the editor area.

This area shows you diagnostic info and errors when you run your project.

Design UI Screen on storyboard: When we open the storyboard file, it has one blank screen. This blank screen is used for building the app screen. We can create as many screens as we want in our application. These screen contains 2 layers, a view and a view controller.

Object Library: On the interface builder, we can find an object library icon on top right hand side in the Xcode. This object library bring up a list of UI elements/objects that we can add to our view.

10. The auto layout system will position and size elements by trying to satisfy all of the Constraints you've specified.

11. Sometimes you will end up in a situation where the auto layout system can't find a way to satisfy all of the Constraints. In this case, the system will automatically break one of the Constraints which can lead to unintended consequences to your layout.

12. If you have conflicting Constraints, Xcode will show you and give you some hints on how to solve it.

So, these are the basic components and auto layout rules which can be used to build an iOS application. I have tried to put pictures/screenshots of each important components in this article for your better understanding which will help you start building your first iOS app.

What is a Robot?You might have came across the word 'robot' somewhere or the other till you started reading this article, if you are imagining an action figure of 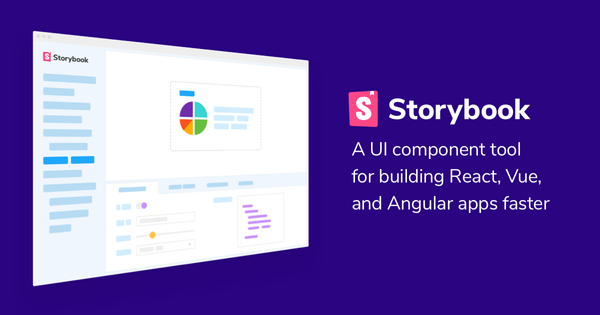 Our teams has recently started using Storybook for react application that we are building. What is Storybook? Storybook is an user interface development environment and playground for UI components. The