Higher-order components (HOCs) in React were inspired by higher-order functions in JavaScript. A HOC is an advanced technique for reusing logic in React components. It is a pattern created out of React’s compositional nature.

HOCs basically incorporate the don’t-repeat-yourself (DRY) principle of programming, which you’ve most likely come across at some point in your career as a software developer. It is one of the best-known principles of software development, and observing it is very important when building an application or writing code in general.

Are you excited yet? In this tutorial, we are going to learn what a HOC is, its basic structure, some use cases, and finally an example.

Lets understand a bit of  HOF in JavaScript before we actually jump into HOCs in React. Understanding them is critical to understanding our topic of focus.

Higher-order functions in JavaScript take some functions as arguments and return another function. They enable us to abstract over actions, not just values, They come in several forms, and they help us to write less code when operating on functions and even arrays.

The most interesting part of using higher-order functions is composition. We can write small functions that handle one piece of logic. Then, we can compose complex functions by using the different small functions we have created. This reduces bugs in our code base and makes our code much easier to read and understand.

JavaScript has some of these functions already built in. Some examples of higher-order functions are the following:

So many higher-order functions are built into JavaScript, and you can make your own custom ones. Want to learn how ? Ok I heard you, let's see it in action.

formatCurrency returns a function with the fixed currency symbol and separator which we pass during initialization.

Let’s use this higher-order function by assigning a value to it and seeing the result.

What Is A Higher-Order Component?

A higher-order component (HOC) is an advanced element for reusing logic in React components. Components take one or more components as arguments, and return a new upgraded component. Sounds familiar, right? They are similar to higher-order functions, which take some functions as an argument and produce a new function. you can read more here

HOCs are commonly used to design components with certain shared behavior in a way that makes them connected differently than normal state-to-props pattern.

Things to remember about HOC

Structure Of A Higher-Order Component

The snippet below shows how a HOC is structured in React:

We can see that higherOrderComponent takes a component (WrappedComponent) and returns another component inside of it. With this technique, whenever we need to reuse a particular component’s logic for something, we can create a HOC out of that component and use it wherever we like.

A HOC is exactly structured like a higher-order function:

In my experience as a front-end engineer who has been writing React for a while now, here are some of the commonly used use cases of HOCs.

Use case 1: Show a loader while a component waits for data

Most of the time, when building a web application, we would need to use a loader of some sort that is displayed while a component is waiting for data to be passed to its props. We could easily use an in-component solution to render the loader, which would work, but it wouldn’t be the most elegant solution. Better would be to write a common HOC that can track those props; and while those props haven’t been injected or are in an empty state, it can show a loading state.

To explain this properly, let’s build a sample app, using an open API. We tend to handle list-loading, so that our clients don’t panic when the API we are getting data from takes so much time to respond.

Let’s generate a React app to see it in action:

We will create a simple component can be written as follows:

Now, let’s write a HOC that handles loading, to make our users happy.

This would display the text “Hold on, fetching data might take some time” when the app is still fetching data and the props are being injected into state. We make use of isLoading to determine whether the component should be rendered.

Now, in your App.js file, you could pass the loading logic to WithLoading, without worrying about it in your List .

While the page is still trying to pull data from the API, our HOC will render the loading text in the browser. When loading is done and the props are no longer in an empty state, the repos will be rendered to the screen.

A basic withAuth() HOC, according to the example above, can be written as follows:

Note: we must pass this.props.isAuthenticated from our application’s logic. (Or else use react-redux to retrieve it from the global state.)

Lets make use of our HOC in a protected component, we’d use it like so:

Continuing the use case above, based on whatever UI state you get from the HOC, you can render specific styles for specific UI states. For example, if the need arises in multiple places for styles like backgroundColor, fontSize and so on, they can be provided via a HOC by wrapping the component with one that just injects props with the specific className.

Take a very simple component that renders “hello” and the name of a person. It takes a name prop and some other prop that can affect the rendered JavaScript XML (JSX).

Now let’s create a HOC named withStyle that adds some styling to the “hello” text.

Lets use our withStyle HOC on our SayHelloComponent.
We wrap the HOC around the basic component to create a new pure component, named StyledHello.

And now instead of using SayHelloComponent, we call the StyledHello component:

That's all folks, I hope you must have enjoyed it. You may get the above samples from here. Stay tuned, more articles on the way.  Thank you! 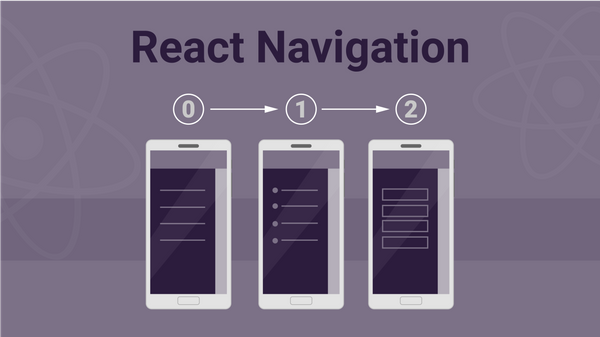 A Navigator is one of the most basic and important parts of a mobile application. It allows you to switch between different screens of an application and also links up 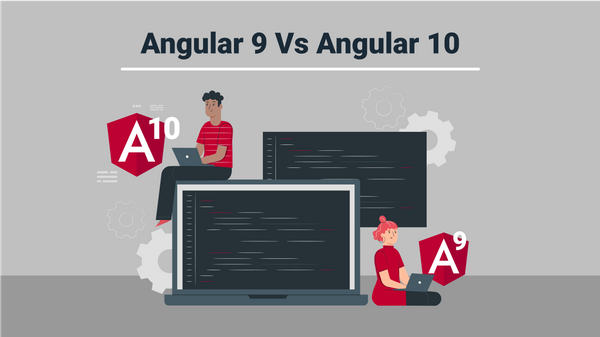 "firstly, lemme thank angular team, for their seamless efforts in bringing soo many functionalities to make ui-developer's life easy. For each and every release they are growing stronger and becoming