Develop both for Android and iOS

To develop application for Android, iOS and Web we need

What is the solutions for the above problem:

Cross platform is the solution for the above problem and there are many cross platforms framework available like Xamarin, Ionic, React-native, Kotlin multi-platform and Flutter but here i will discuss about the Kotlin Multi-platform.

Support for multiplatform programming is one of Kotlin’s key benefits. It reduces time spent writing and maintaining the same code for different platforms while retaining the flexibility and benefits of native programming.

Kotlin Multi Platform provides a way to share common business logic and build apps for different platforms using Kotlin.Kotlin Multi Platform is a kotlin language feature that allows us to run Kotlin in JavaScript, iOS, and native desktop applications and hence develop apps using Kotlin. Kotlin multi platform will take care of the business logic and rest we have to take care of UI only.

Without KMP we have to write separate Network code, model classes, response parsing code and common presentation logic code for all the platforms for Native, JVM and JS hence we will require more resources, time and cost.

With KMP we have to write single Network code, model classes, response parsing code and common presentation logic code for all the platforms for Native, JVM and JS hence we will reduce the number of resources, time and cost.

Kotlin Multiplatform is an experimental language feature that allows you to run Kotlin in JavaScript, iOS, and native desktop applications. We can share code between all these targets, reducing the amount of time required for development. Below are some of the key features.

Kotlin konan compiler compile to bytecode which is used by Android or any app which use bytecode, and for JS the compiler compiles to .js hence it can run in browser or Node or React and for ioS Kotlin compiler uses a set of IOS resources and framework that is merged with the common code and generate iOS app

What can be shared

Here we are sharing the Data layer which holds Repositories, Http clients for network call,  Caches, Domain which holds Entities and interactors, Common Presentations which holds View models,presenters,controllers rest the Android and iOS can have their own presentation for UI

I will come up with a practical guide for the above topics soon... 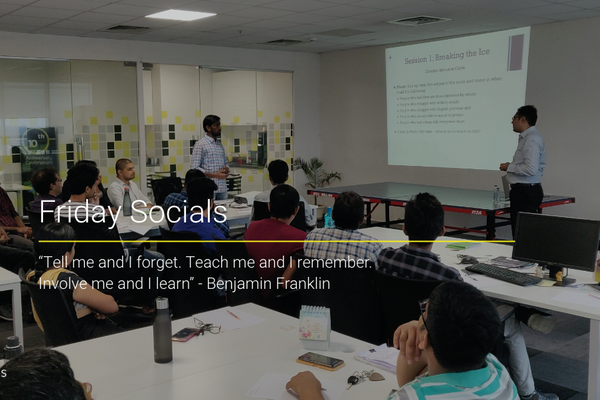 We not only work, but we also grow together stronger. BFS has emerged by an idea of educating workmates around us both into technology and non-technology aspects of life. Whether